Planetary atmospheres are inherently 3D objects that can have strong gradients in latitude, longitude, and altitude. Secondary eclipse mapping is a powerful way to map the 3D distribution of the atmosphere, but the data can have large correlations and errors in the presence of photon and instrument noise. We developed a technique to mitigate the large uncertainties of eclipse maps by identifying a small number of dominant spectra to make them more tractable for individual analysis via atmospheric retrieval. 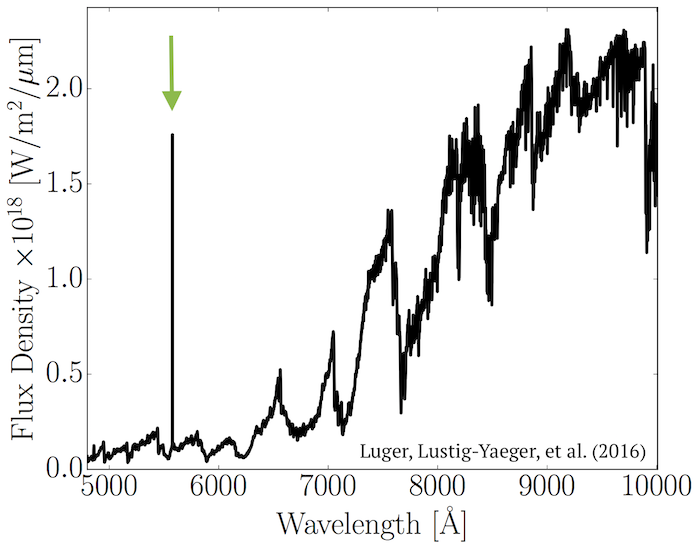 In a recently submitted paper by Rodrigo Luger, myself, and collaborators, we show how future observations of auroral emission from the potentially habitable exoplanet, Proxima b, can be used to constrain many key parameters, such as the inclination (and therefore mass!) and presence of an atmosphere.

The Habitability of Proxima Centauri b

The recently discovered exoplanet, Proxima Centauri b, orbits in the habitable zone of the nearest star to the Sun. As a result of its close proximity, it will go on to be one of the most well studied exoplanets. In two papers led by my advisors Vikki Meadows and Rory Barnes, we investigate plausible histories that this planet may have undergone so as to exist where we see it today. Some of these paths lead to the planet being habitable, others do not. We also show how we may go on to discriminate between these unique planetary states using future spectroscopic observations.

My research revolves around the central theme of extracting physical insights from astronomical observations of terrestrial exoplanets. From the planets in the Solar System we know that planets can be rich with complexity. But like the study of stars, exoplanets are (at best) point sources of light. That is, all light from the planet falls into a single dot on a telescope CCD. To learn about the underlying nature of terrestrial exoplanets we must carefully examine that one dot.

Detecting and Characterizing the Atmospheres of the TRAPPIST-1 Planets 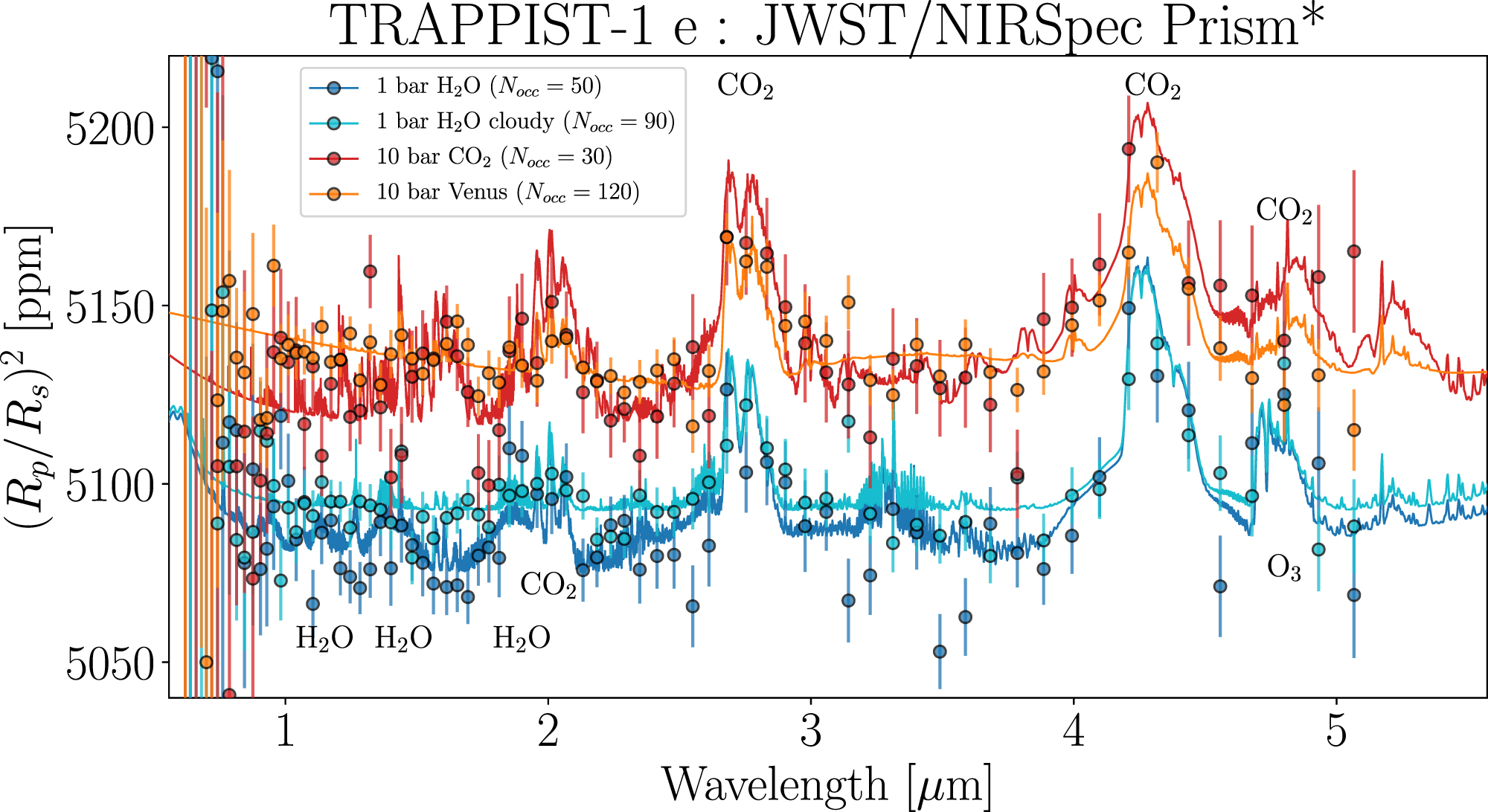 We found that transmission spectroscopy with the Near-Infrared Spectrograph Prism is optimal for detecting terrestrial, CO2-containing atmospheres, potentially in fewer than 10 transits for all seven TRAPPIST-1 planets, if they lack high-altitude aerosols. If the TRAPPIST-1 planets possess Venus-like H2SO4 aerosols, up to 12 times more transits may be required to detect an atmosphere. We presented a list of optimal instruments and observing modes for the detection of individual molecular species in a given terrestrial atmosphere and an observational strategy for discriminating between evolutionary states. We found that water may be prohibitively difficult to detect in both Venus-like and habitable atmospheres, due to its presence lower in the atmosphere where transmission spectra are less sensitive. Although the presence of biogenic O2 and O3 will be extremely challenging to detect, abiotically produced oxygen from past ocean loss may be detectable for all seven TRAPPIST-1 planets via O2–O2 collisionally induced absorption at 1.06 and 1.27 μm, or via NIR O3 features for the outer three planets. Our results constitute a suite of hypotheses on the nature and detectability of highly evolved terrestrial exoplanet atmospheres that may be tested with JWST.

Observing multiband, time-series photometery of an exoplanet as it rotates on its axis allows for the distribution and types of surfaces to be investigated. Even though no direct spatial information is contained in exoplanet observations, "rotational unmixing" offers an opportunity to infer spatial variations using the fact that planets spin on their axes as they orbit their host star.